The online choral publication Coralea, directed by Paloma Mantilla, has published the following article regarding Josu Elberdin’s Ioannes Paulus II Mass, which was premiered last September 8th. Written by Elena González Correcher, here is the translation of the article. 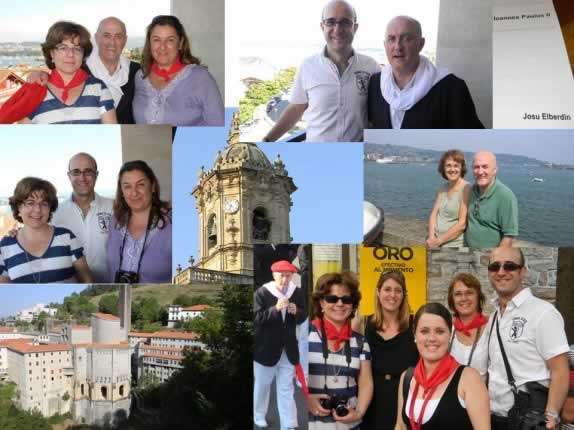 All  was written in a little notebook that I always carry with me. It should be around March 2011 that the idea of the Mass was born.  ‘The setting of the mass should be important by itself, not only to accompany in the liturgy’. Some ideas about each movement and then we only had to wait, absolutely trusting in the results: ‘Ioannes Paulus II Mass’. Josu Elberdin would be the composer to make this dream come true.

But more often than we expect, things are not as we imagine them. Even if sometimes the real world is much better than the best of our dreams, as in this case. This is so true that sometimes I fear waking up and realizing that I was dreaming.

Fifteen months have been required for all this to come.

‘Ioannes Paulus II Mass’ was first premiered last September 8th, at Nuestra Señora de Aránzazu Church, in the Basque region of Guipúzcoa.  After all the difficulties (nothing to do with music), after waiting so much, of course some hundred kilometres will not be enough to prevent me from  enjoying the moment, that was something I was sure of.

Oñatiko Ganbara Abesbatza was the chosen choir that would sing the  Mass. Josu Elberdin, the composer, the dream-maker,  was also going to play the organ. Esther Iñiguez, whom we met in Aránzazu, was the person to help Josu with the organ.  And also we two, Alicia and myself, very lucky, who had just arrived for the occasion. 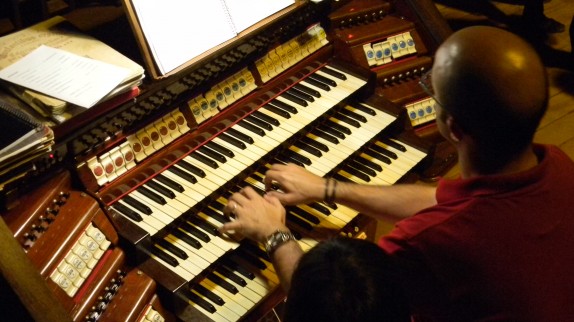 Only a few minutes after the rehearsal started, the astonishing church turned its lights off. A weak light for the choir, not more. I thought that this half-light would make magic come.

Oñatiko Ganbara, a choir with young singers, not many,  started to sing the repertoire of the concert. Magic arrived indeed, and surprisingly, nothing to do with the lights.

They started to sing Mendelssohn. With Busto’s ‘Ave María’, goose flesh on my skin. During Jenkin’s  ‘Ave Verum’  I noticed something that made me enjoy a lot both during rehearsal and concert, and that was the terrific altos of the choir. Without underestimating the rest of the voices, levelled, light, excited, I  surrendered to the splendid and wonderful alto’s voices. I felt something like “voice proud”.

Fauré came later, with his ‘Cantique de Jean Racine’. Gorgeous. I enjoyed so much what Aitor Biain, the conductor of the choir, obtained with his indications to the singers, sometimes in Spanish sometimes in Euskera. I could not manage to understand everything, but it was not necessary, as I could see (hear)  the results. Clear ideas and objectives, a fantastic conducting job.

The rehearsal continued with Josu Elberdin’s three scores: two motetes and theMass.I will keep for myself  my feelings as listening to these scores during the rehearsal for the first time, far from the coldness of my computer audio player, sorrounded by  the warmth of the voices and Josu’s master interpretation at organ. I keep it for myself just because I would never find the words to explain those feelings. Now I realize I was not able to tell Josu a single word in that moment. All I could do was to hug him, but not words.

Both the motetes, so different, were wonderful. ‘Exultate Justi’ was  brilliant, very rhythmical, light… On the other hand, ‘O rex gloriae’, was so solemn, molto maestosso, with a very slow and sweet part that contrasted surprisingly with the rest of the score. Gradually, the strength came  till the final fortissimo.

But the premiered  Mass  was what captivated us from the beginning. All the parts of the score were different one from the other but all of them  slightly covered with the same varnish.  I want to catch  the reader’s attention in  the ‘Kyrie’. Very often, we do not notice the meaning of what we are listening to. ‘Kyrie Eleison’:  ‘Lord, have Mercy’.  Josu begs mercy, but he does it in such a human way, so humble, so sweet, from his inside, that we should not be surprised if tears come to our eyes while listening. Heart made music, that is Josu’s mark. Josu Elberdin Badiola’s mark. Josu’s art.

Fifteen month before, I was so lucky to live the process of creation, birth and development of this mass. Each new part was  a present, a new emotion. A score I have carefully and lovely followed closely, that even from my humble musical knowledge. I’ve seen how it was born and how it has changed. The score looked splendid in Aránzazu, full of beauty, plenty of that feelings from his composer that make us feel and enjoy. A score to be deeply felt. 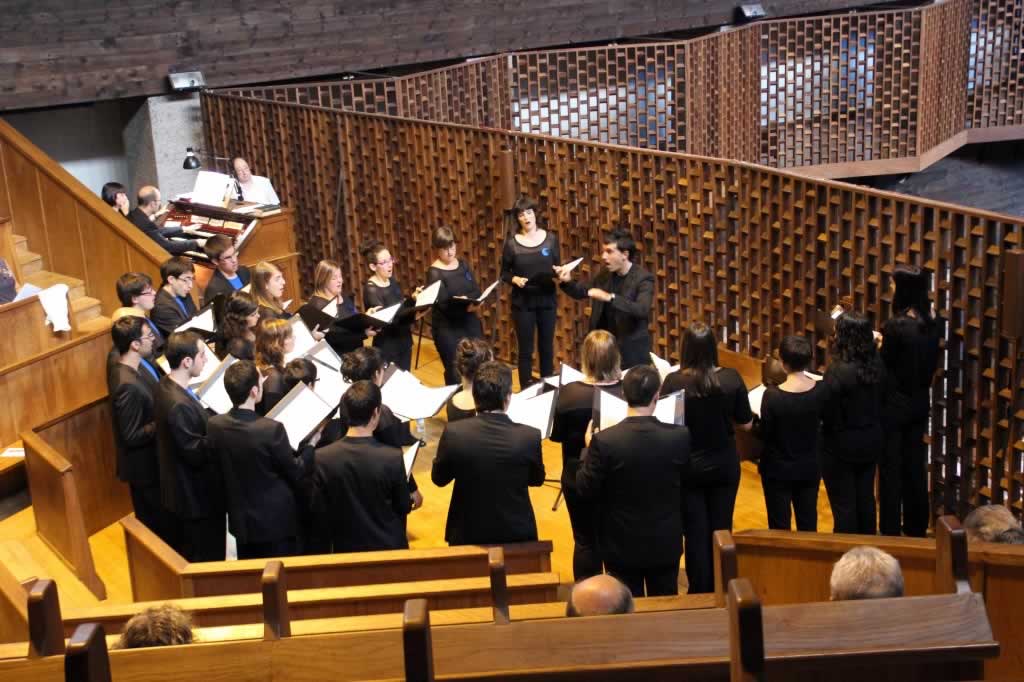 Not the only emotion that day. To celebrate Josu’s success, we travelled to Hondarribia (Guipuzcoa), to live the traditional holidays of its Alarde  close to those who have been our hosts and guides: Javi Busto and Maruchi Vega. The highest  privilege!

I keep in my mind many pictures of this weekend. Many moments and emotions. If I had to choose a single word, a single feeling for this weekend,  it would be the word GENEROSITY.