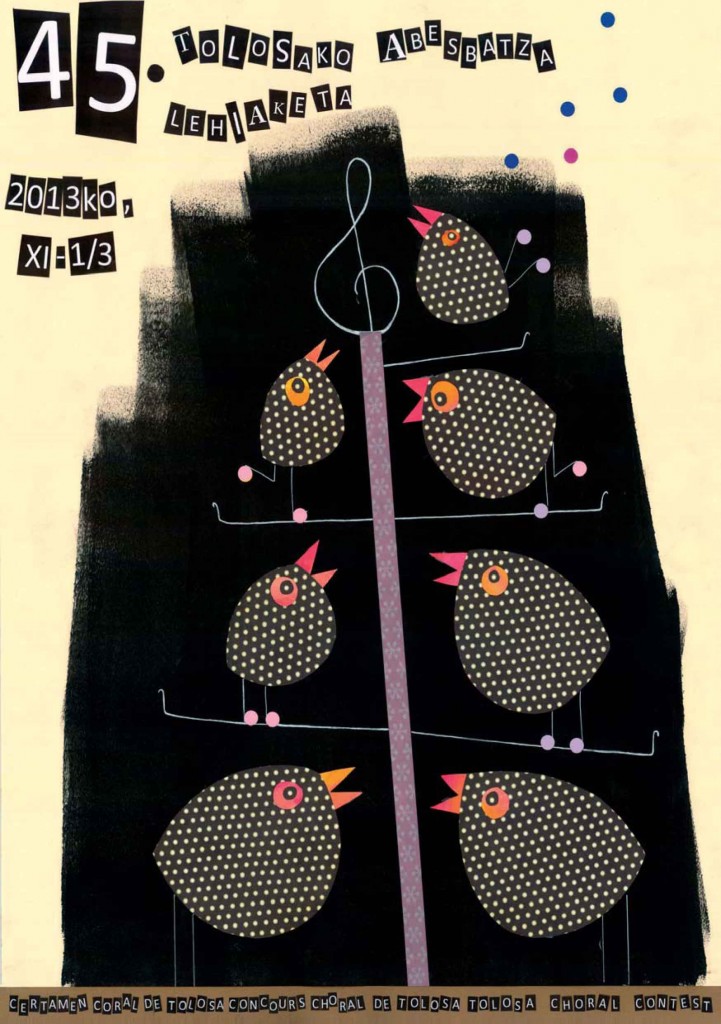 In this year the 45th edition of the prestigious Choral Contest of Tolosa, is planned participation of 16 groups from 9 countries: Germany, Czech Republic, Spain, United States, Estonia, Finland, Indonesia, Russia and Sweden. For this edition was created Chamber Choirs category (between 20 and 36 singers), it can compete, besides the Mixed Choirs, Male Choirs and Female Choirs. Moreover, this year is recovered Children’s Choir category.

In the category of polyphony, the mixed choirs will sing Josu Elberdin´s Cantate Domino as Compulsory work. It is a work of rhythmic and very jovial character, written in Latin, English and Basque, commissioned by the prestigious American Choir Salt Lake Vocal Artists (Utah), who, under the direction of Dr. Brady R. Allred, premiered the work at the 9th World Symposium in Puerto Madryn coral (Patagonia Argentina), in August 2011.

The competition will take place in Tolosa between 1 and 3 November 2013. For more info: http://www.cittolosa.com/