From the beginning was dedicated to the Universal Sacred interpretation of the repertoire of all time. It is an independent choir, and his name with the objective of developing an area of ​​artistic and musical work in the permanent search for excellence (universitas) and not because it depends on auniversity school.

The choir has toured different parts of both Argentina and foreign getting numerous hits and making ​​several recordings.

He is now the organizer of the Meeting of Sacred Choral Music in Mendoza (annual meeting to be held in June).

In April of 2012 will begin the celebrations for its first 15 years of concerts performing a international concert tour in cities inItaly and Spain, visiting places like Milan, Asis, Perugia,Rome, Barcelona and Malgrat de mar. For the tour has chosen works of G. Holst, O. Gjeilo, M. Lauridsen, J. Busto, K.Matsushita, V. Miskinis and Elberdin among others. They have chosen  Elberdin´s Cantate Domino, commissioned and premiered by Salt Lake Choral Artists at the 9th World Symposium coral in Puerto Madryn (Patagonia Argentina), August 2011 (http://www.youtube.com/watch?v=hJRg6DXyCE0). 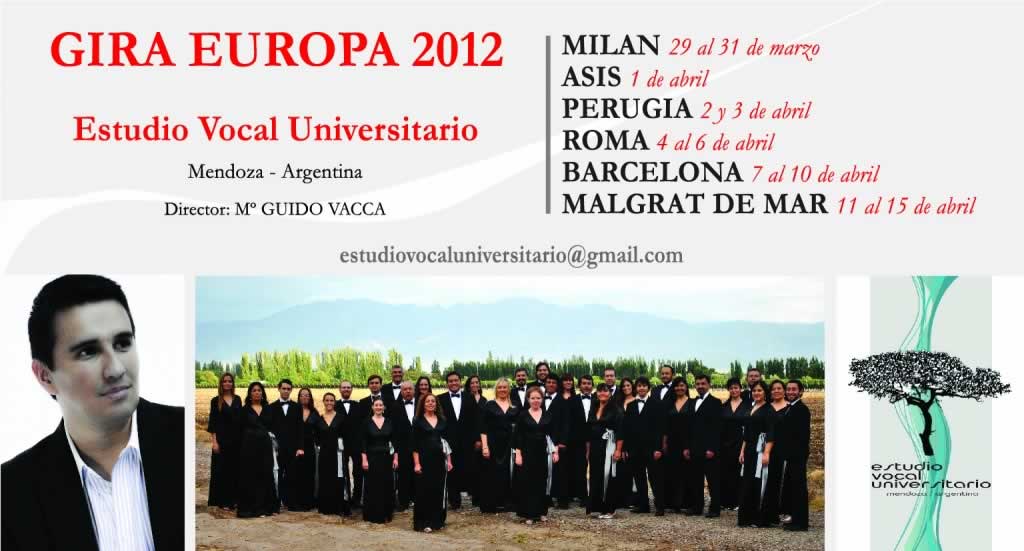