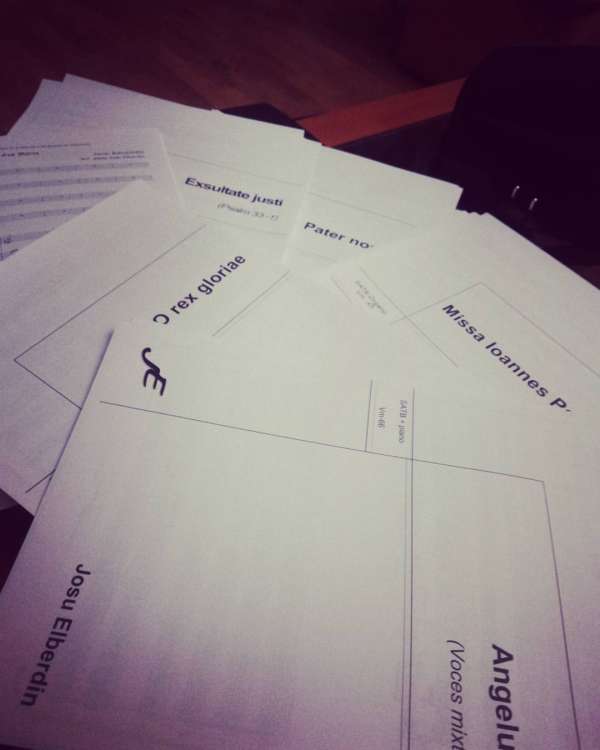 In the format of a course with an extended duration of several months, we began in April 2017 and last until June, the ELBERDIN PROJECT, which will prepare and interpret a series of works by composer Josu Elberdin, including Solemn premiere in Madrid of the Mass Ioannes Paulus II.

During the months of April, May and June, it will be Ramón Gil who will be in charge of directing the preparatory rehearsals until the arrival in Madrid in the month of June of Josu Elberdin, to realize of the last rehearsals and of conduct the concert that will take place the June 24, 2017, at the Church of la Milagrosa, C. García de Paredes, 45 28010 Madrid at 21:00

The pianist / organist will be Puerto González