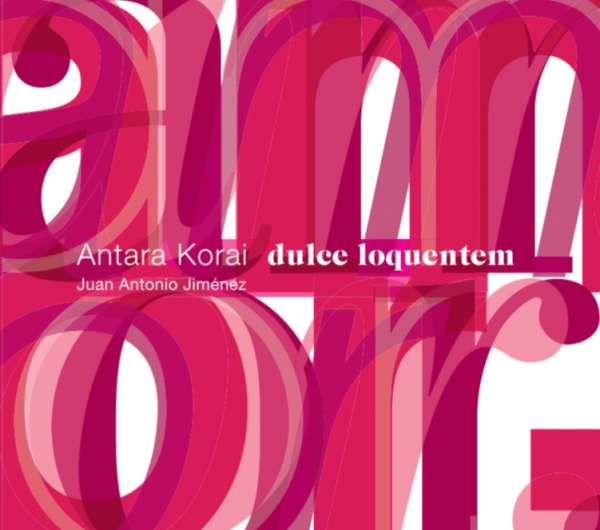 Antara Korai Vocal Group presents its new album on May 25 at 6:00 pm in the Auditorium of the AIE (Society of Performing Artists of Spain).

Antara Korai has made an ambitious project that brings together a total of eight works, all of Spanish composers, commissioned by this young choir, with the common bond of love in all its forms, from romantic love, filial love or the love of nature.

Juan Antonio Jiménez Montesinos, artistic and musical conductor of Antara Korai, explains the beginning of the project: “The idea comes from commissioning a work by Josu Elberdin based on love and its different manifestations, forms and sensations. From that commission, and due to the good acceptance he had in Josu, we thought about extending these commissions to different composers, all of them Spanish, commissioning different works whose thread was love, and without wanting it, that little idea became a program complete, with a total of 8 works by composers Xabier Sarasola, Josu Elberdin, Esteban Sanz, Javi Busto, José A. Galindo, Eva Ugalde, Javier Martinez and Martín J. Rodriguez. ”

The central work of the project that gives name to the album “Dulce Loquentem” is written by Josu Elberdin and consists of five movements with lyrics by the classical author Quinto Horacio, and exposes the different approaches of romantic love.