Elberdin, Jury in the 65th International Contest of Habaneras and Polyphony of Torrevieja 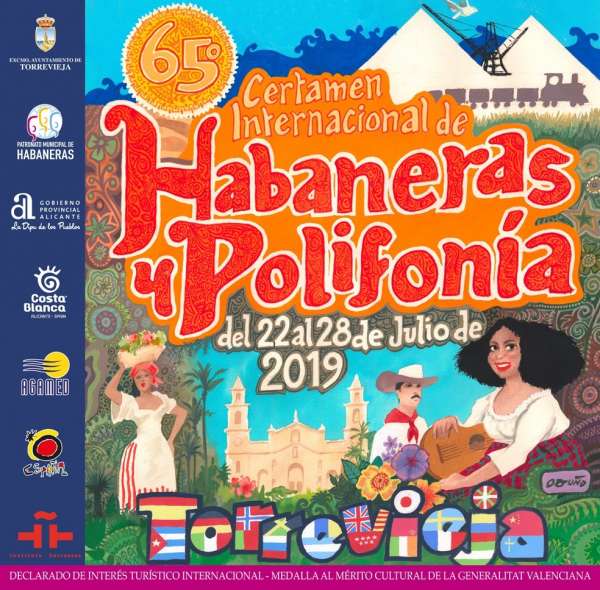 The 65th edition of the International Contest of Habaneras and Polyphony of Torrevieja has just been presented, which will be held from July 22 to 28 at the Eras de la Sal (Torrevieja).

There will be a total of 12 choirs, coming from 10 different countries, which take part in competition in the Competition including the Youth Choir of Madrid. In addition, five chorales torrevejenses will show their good choreography fully rooted in Torrevieja society, with a performance that will focus on the inaugural evening. The Contest, declared of International Tourist Interest and Medal of Cultural Merit of the Generalitat Valenciana, will live its most exciting night on Sunday, July 28, when the prizes of the Contest are handed out, among them the prestigious first prize of Habaneras “Ricardo Lafuente”, which constitutes the maximum recognition of this great choral event.

The habanera of compulsory interpretation will be the one titled “Rosita de un palmar verde”, popular with arrangements by Manuel Martínez Guirao. The jury will be composed in this edition by: Fidel Gener Calalang Jnr., Josu Elberdin, Alonso Gómez, Ruth Revert and Ramón Gil.

This is the program of the current edition: 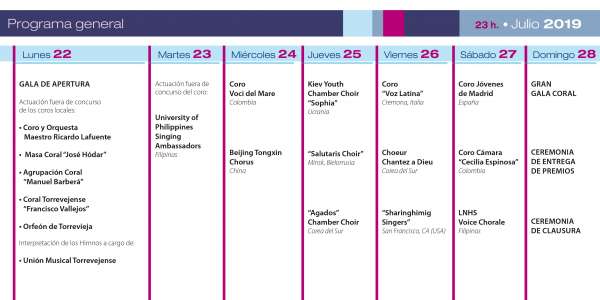