The next 24,25 May 26 and organized by The Obradoiro Vocal A Vila will take place in Ponteareas (Galicia) Didactic Course in the choral world, taught by Josu Elberdin.

The Obradoiro Vocal A Vila, directed by Alberto Abal is created in order to promote and showcase the different aspects of choral singing. Its members, thirty mixed voices, actively engaged choral world, having taken courses in singing, vocal technique and choral conducting. 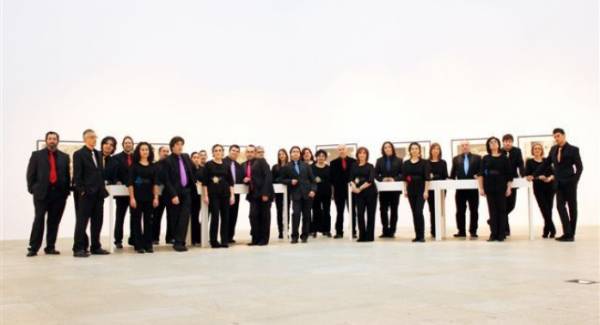 This group shows a great disposition to collaborate on various musical projects offered. In its short existence (formed in 2004) has been selected among the corals in Spain, to participate in competitions such as “V National Contest of corals Antonio Jose” in the city of Burgos. In the “Rivas vaciamadrid II Choir Competition“, in two editions of the “Coral Enclave” organized by FECOGA,in the final Carols Contest Molina de Segura, Murcia, (built-in circuit that gives access to the Grand National Choral Award) and won the 3rd prize in 2009 at the “XXVI VILLA CORAL INTERNATIONAL COMPETITION Avila”

The course will feature the choirs Cantemos (child) and the  Obradoiro Vocal A Vila (Mixed) as choirs. This course is aimed at music education teachers, conductors, singers and students of conservatory

To conclude held a concert on Sunday 26th at 20:30 in the Auditorium Reveriano Soutullo, Ponteareas.