On 23 February, Saturday, and in the XVI Chamber Cycle of OCRTVE (Orchestra and Chorus of Spanish Radio and Television) will be a concert with Title Composers of Today, with the female vocal group Kamaria.

Kamaria arises from the illusion of a group of women components RTVE Choir to sing together and make known to the public works written for treble voices by contemporary composers. They are coordinated by Yolanda Sagarzazu.

In the concert program, which will be conducted by Miguel Guerra and will have music by Spanish composers of the twentieth century we find two premieres of Jorge Argüelles and Teresa Gutierrez, as well as several works of Eva Ugalde, Javier Busto, Xabier Sarasola, or Josu Elberdin, among others.

Of Elberdin interpreted his Angelus and Ave Verum on the part of religious music, and Izar ederrak and Segalariak in the profane part.

The concert will be Saturday 23, at 12 noon at the Teatro Monumental in Madrid, with free entry and public, and you can listen at live on Classical Radio: http://www.rtve.es/alacarta/rne/radio-clasica/ 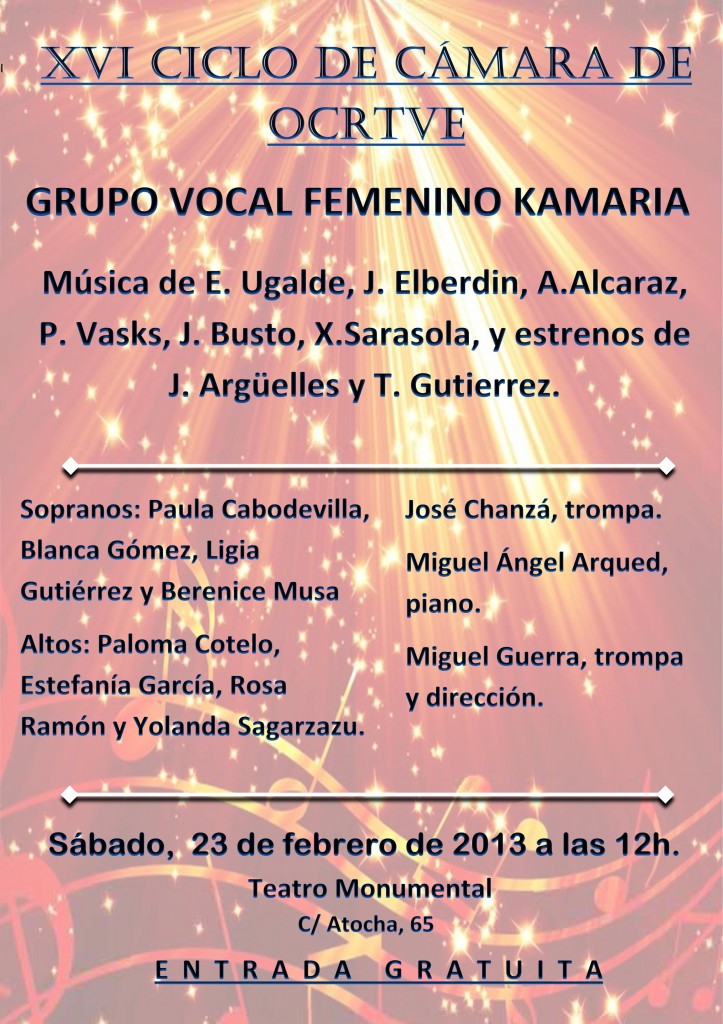