The federation of Choirs of Navarre FCNAE, will premiere on June 17 “Per Agrum”, a symphonic-choral work commissioned to the composer from Guipuzcoa Josu Elberdin, with texts by Josune López.

The way of Santiago to its passage by Navarre is a fundamental route and transited by many people every year. The text, whose Latin title PER AGRUM means “on the rural road”, speaks of the initial yearning that drives the pilgrim’s journey and of his entreaties in order to maintain his good direction and feel protected and also describes his relationship with the different landscapes he goes through In the descent from the Pyrenees to the lowlands and how these widen the soul, give you serenity and give you strength to continue.

Aware that the passage through Navarra is a stage of a longer journey, PER AGRUM dismisses a pilgrim, a pilgrim, who continue their journey transformed by the experiences of their passage and feel part of this land. All these people, together with the spectators of the concert, are called to transform themselves into pilgrims who transit through the work and the sensations that it transmits.

10 musical numbers work will be premiered in concert with the collaboration of more than 200 people from:

The premiere will be on June 17, Saturday 20:00 in the Auditorium Baluarte Main Hall, Pamplona, for the small price of € 10, the concert to benefit Medicus Mundi Navarra. 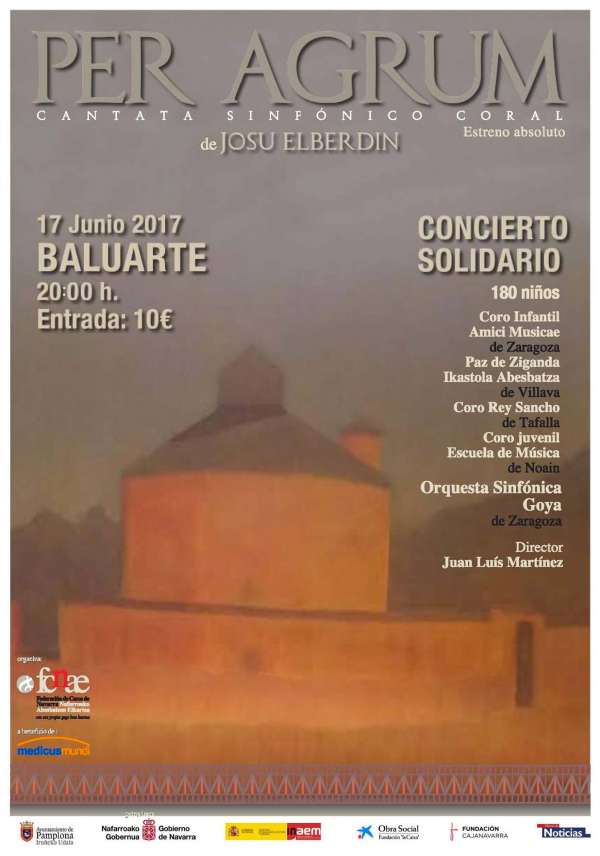