From 2 to 8 July 2012 will be held the First International Festival Youth Choir of Granollers (Catalonia, Spain). This is an initiative of the Choral Society Amics de la Unió in which the Children’s Choir and Youth Choir will host several choirs to work together and offer several concerts in Granollers and in the region.

Based on the experience gained in the many festivals that have participated in choirs Choral Society Amics de la Unió, this society has decided to promote an initiative to promote music among young people from different countries to organize the First International Festival of Youth Choir Granollers, in which participants can share experiences and musical training, while offering concerts and musical activities to the public of the city of Granollers and the region.

For one week one hundred and fifty young people between 12 and 20 years will be in Roca Umbert installations – Factory for the Arts to work together. In this first edition, scheduled to be held every three years, with the participation of three choirs: Pasaia Gaztea Abesbatza, Guipúzcoa, (Basque Country) The Maîtrise et le Jeune choir Conservatoire de Rouen (France), and the choir Note voci ,Turin (Italy). They all live together in the days that are in Granollers with the Children’s Choir and Youth Choir of the Amics de la Unió.

The festival is part of Project Carles Riera driven by the City of Granollers sponsored by the Social Work of “La Caixa”, which this year celebrates its centenary in the city.

During the week-long Festival will not only workshops and rehearsals for the choirs, but also be offered several concerts such as nearby towns in Granollers (Lliçà de Vall, Llinars, and Mollet del Vallès) for choirs visit us to showcase their repertoire to the public. Finally, the festival will close with a grand concert of all choirs in theChurchofSant Esteve de Granollers.

All participants will premiere at the Festival together his Exsultate Justi a very rhythmic piece based on Psalm 33, written for choir and organ. The premiere will be at the final concert, on July 8 at 18 pm in the Church of San Esteve de Granollers 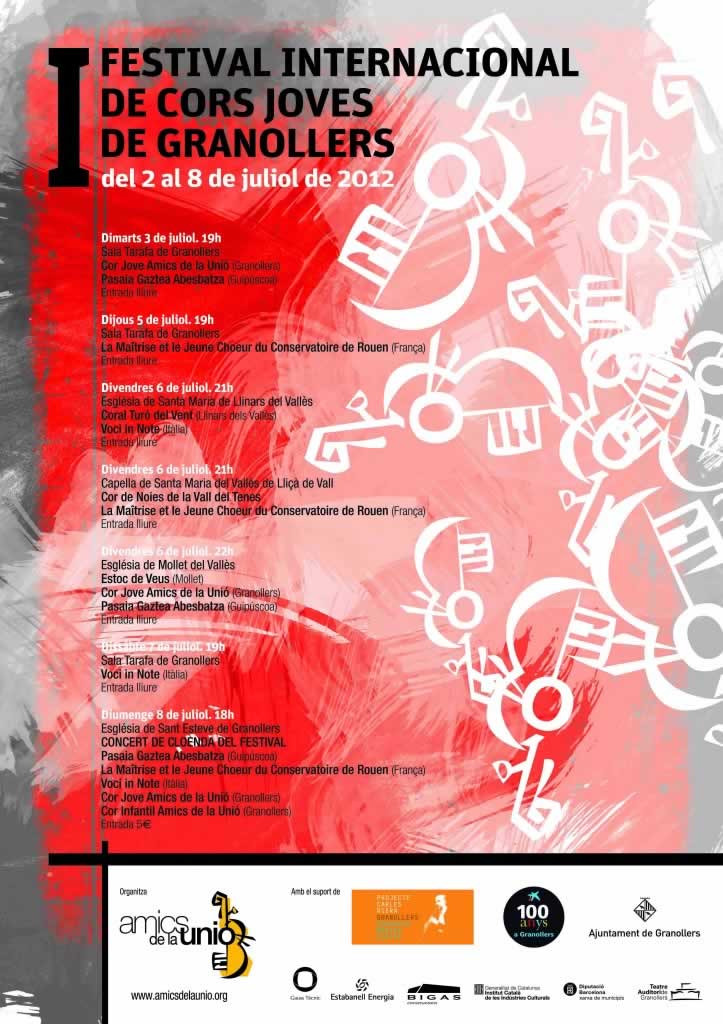