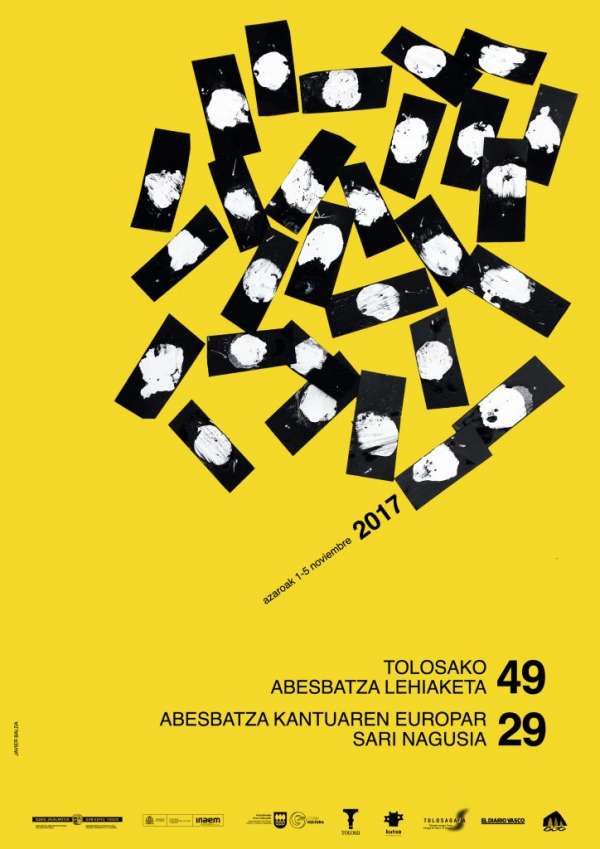 The Tolosa International Choir Competition is an annual international choir competition held in Tolosa since 1969, and always around the All Saints’ Day.

Their intention is to bring together the best choirs in the world, in order to make possible the exchange of styles, interpretation, choral literature, vocal education and modes of each country and also to make known the musical and cultural tradition of the Basque Country. Over the years, it has become one of the most important choir competitions in the world. Until its 48th edition, more than 1,200 choirs from around the world participated in Tolosa.

In the 49th edition, we will have 15 choirs from 13 countries: Argentina, Czech Republic, Estonia, Hungary, Indonesia, Latvia, Lithuania, Norway, United Kingdom and Ukraine, who will perform in two categories: Chamber Choirs and Children’s Choirs.

In the category of Children’s Choirs the compulsory work that all choirs must interpret will be Ikusten duzu goizean, an arrangement of the popular melody adapted by Josu Elberdin. It refers to a piece of traditional character, which reveals, as a watercolor, the beauty and harmony of the Basque landscape, with romantic and very expressive lines.

The Contest will take place between 2 and 5 November and the children’s session will be Saturday at 11 am at the Leidor cinema in Tolosa.

In addition with the traditional competition, this year will be held the European Choral Grand Prix, which will compete the winners of the various European Choral Tour Competition. This will be November 1 at 5:00 p.m. and we will be able to listen Elberdin´s music, by choirs from Indonesia and the Philippines.