On Saturday October 11 will open the 29th week of Choral Music of Pasai San Pedro.

One of the acts that will be performing is a special concert-Mass. Having been recently sanctification of John Paul II, will be interpreted Ioannes Paulus II Mass by Josu Elberdin, being sung during the liturgy of Saturday afternoon. Completing the church service will sing works by Busto, Madina and Fauré. A second part of the concert will be offered with work by Elberdin, Jenkins, Kverno, Alcaraz, Mocoroa and Whitacre.

The choir will sing the Mass and the concert will be Oñatiko Ganbara Abesbatza, conducted by Aitor Biain, and with Elberdin in the organ; the same group that premiered a Mass two years ago.

The event will be on Saturday October 11th, at 19:30 am in the Parish of San Pedro Apostol of Pasai San Pedro. 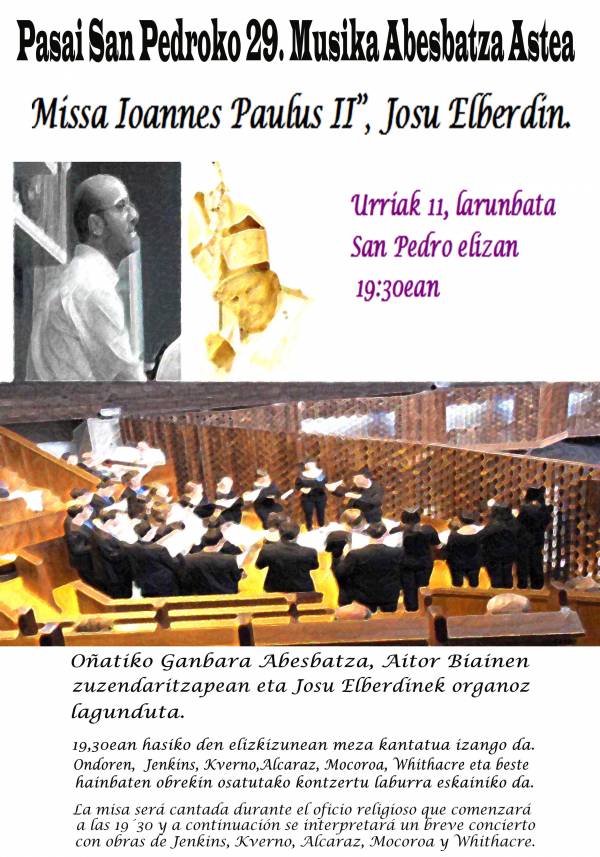