The choir Doinu Zahar from Durango (Bizkaia) celebrates its twenty-fifth anniversary and on this occasion has commissioned several musical works to renowned composers as Javier Busto, Albert Alcaraz, Jesus Mari Sagarna, Josu Elberdin or Jesus Egiguren, conductor of the choir.

The anniversary concert and premiere works will be on Sunday March 30 at 19pm at the Basilica of Santa Maria de Durango, Bizkaia. Admission is free. 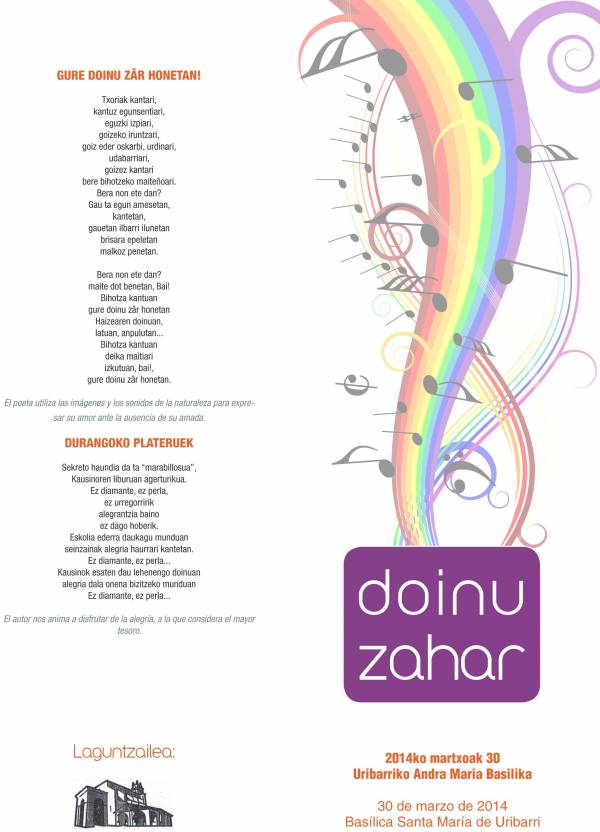 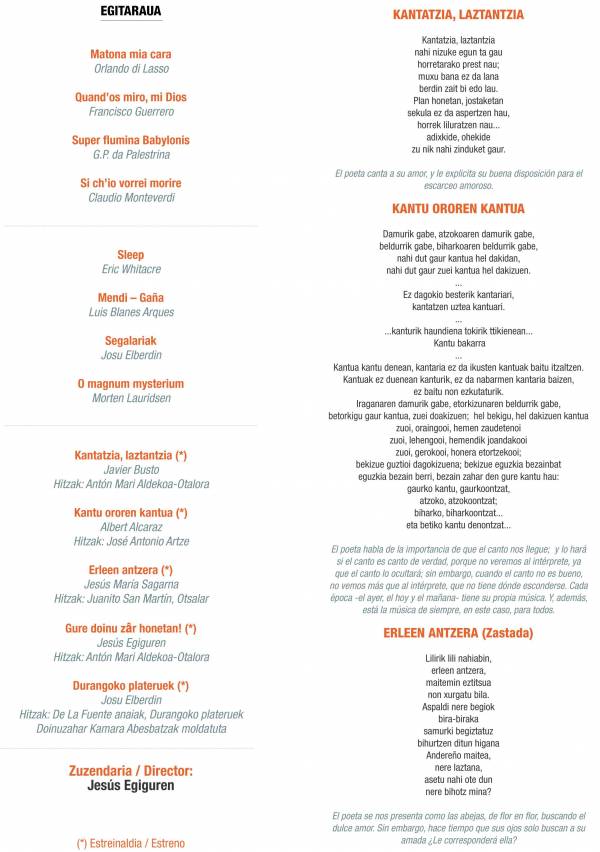