Premiere of “Tiempo”, by the Children’s Choir of the Orfeón Pamplonés

The next day, March 25 will premiered Tiempo, the last musical story of Elberdin, commissioned by the Orfeón Pamplonés. Musical story could be the definition of the show starring the Children’s Choir. Music made by and for children … Tiempo is a musical complaint in which the children ask for more hours, many more hours to play. It has 7 musical numbers and a scene raised specifically for the occasion by designer Eduardo Bazo.

The Orfeón Pamplonés Children’s Choir has sixty children aged 6 to 10 years. The conductor is Teresa Apesteguía.

The Children’s Choir is one of the three children’s and youth choirs who are in the Orfeón Pamplonés, where they receive classes of Music Theory and participate in concerts and performances, with piano accompaniment, and sometimes with chamber orchestras.

The children´s  have participated in concerts with orchestras including the Symphony Orchestra of Navarra or Conservatory Orchestra Pablo Sarasate, sung under the direction of masters like Igor Ijurra or Koldo Pastor and  they have premiering carols of Navarre authors like Iñigo Casali or Lorenzo Ondarra.

The Choir participates regularly in concert with associations like the Red Cross, Nuevo Futuro, UNICEF, and is part of various music sessions in Navarra. Its members have performed in major halls in Pamplona, including the  Gayarre Theatre and The Baluarte Auditorium.

The story will premiere this Sunday March 25 at the Culture House Artica (Berrioplano, Pamplona) at 18.00. 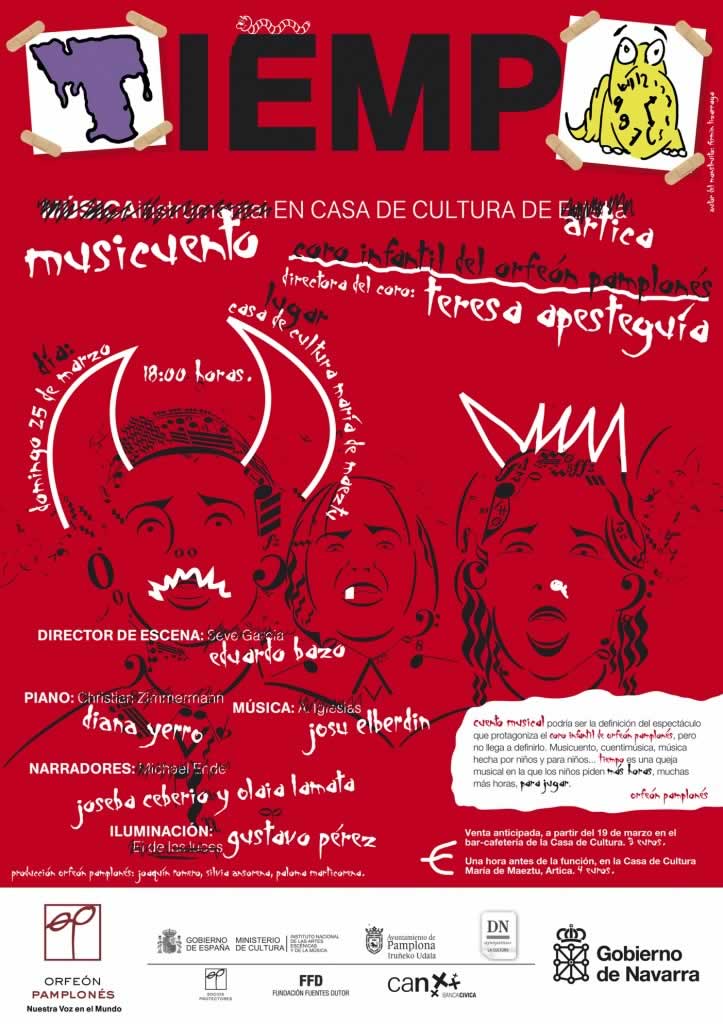