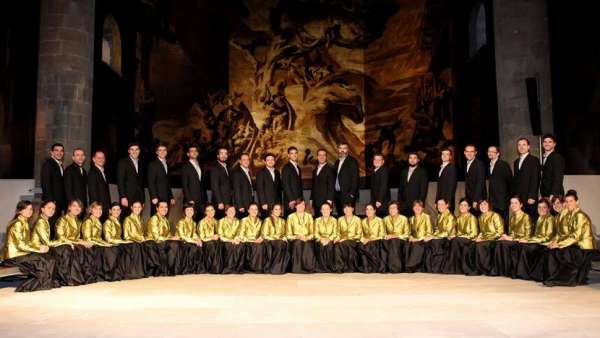 The Quincena Musical of San Sebastián is an International Festival of first magnitude that is celebrated every year during the month of August in San Sebastián and this year reaches its 78th edition. During the month you can find concerts of all kinds, operas, ballets, children’s music, training courses, … and is a great reference at national and international level. One of the sections that the Festival has is trying to bring music closer and relocate it from the capital of Gipuzkoa. Under the name of Quincena Andante, the concerts are happening in different localities bordering San Sebastián.

Landarbaso Abesbatza, under the direction of Iñaki Tolaretxipi, will be in charge of bringing the project “Carmina Burana” to two localities: Church of Saint Pierre (Senpere-France) on 13 August at 21:00 hours and the Sanctuary of Arantzazu August 18 at 19:00 hours.

The program of the concert will be formed in a first part by the Te Deum by Josu Elberdin for 3 choirs and piano, a work created specifically for Landarbaso Abesbatza thanks to aids to the Choral Creation of the Confederation of Choirs of the Basque Country, and in a Second part by the well-known work Carmina Burana by Carl Orff in Two Piano version, percussion and choir.