On Saturday February 22, at 20:00 pm , the Encanto children choir of of Casarrubuelos (Madrid), conducted by Mariano García and Villa de Valdemoro children´s choir , conducted by Gema Hidalgo, will participate in the Concert-Meeting Children’s Choirs, with composer and choir conductor Josu Elberdin. Both choirs are choral workshop organizers which impart the composer during the whole day, and culminating in the celebration of this concert. Elberdin work with children from two choirs, various works and aspects of choral art.

During the first part of the concert, each choir will perform in a small sample of their respective repertoires. The central moment took place when the 70 children of both choirs sing together under the direction of the conductor of the workshop, playing songs that have worked with him during the day.

The concert will will also have the special collaboration of the Coral Santiago Apóstol of Casarrubuelos and the Coral Villa de Valdemoro which will join their voices to the children for the song that will end the concert. They will work with the composer on Sunday on a workshop. 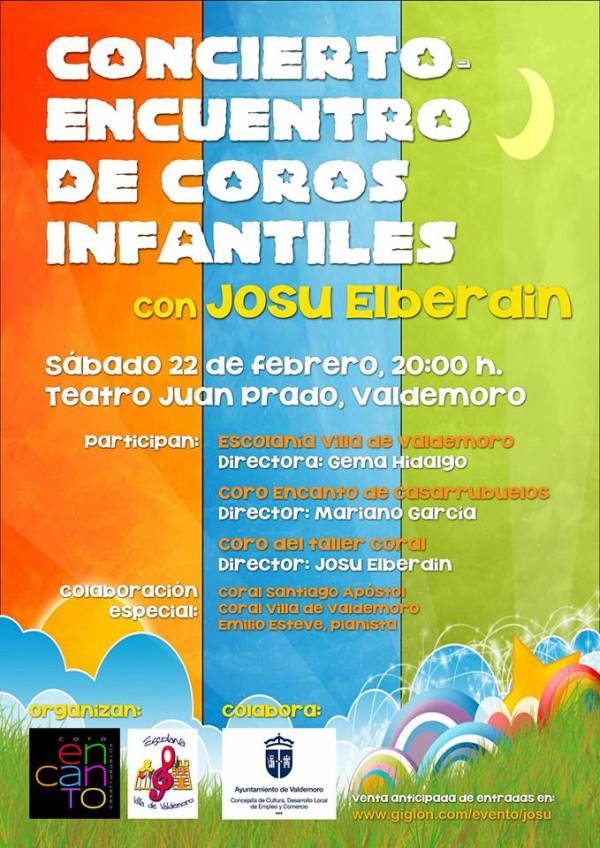