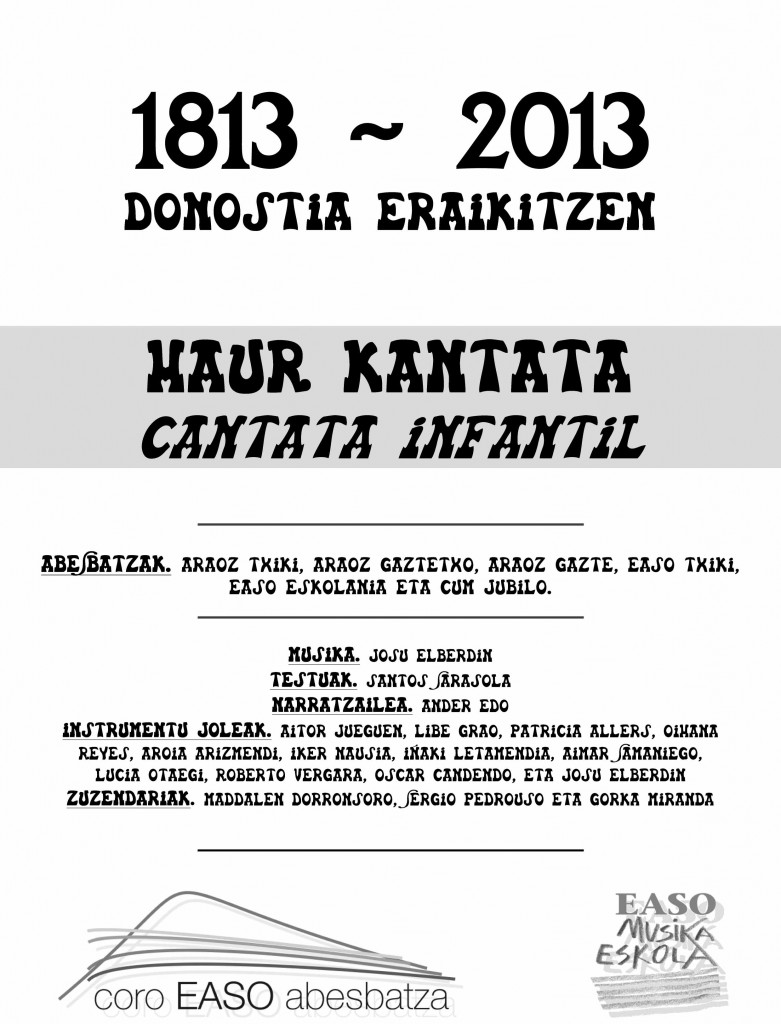 The next Sunday, October 20th and part of the events commemorating the 200th anniversary of the destruction and burning of the city of San Sebastian, is going to premiere the children cantata Donostia 1813. Oroitza. Written by Josu Elberdin and Commissioned by the “Coro Easo” in collaboration with the Municipality of San Sebastián, includes texts by different authors, collected by “Santos Sarasola” Coral association president.

It is noteworthy how to present the cantata format. The music, divided into seven musical numbers, will be developed in 5 different scenarios of the old part of the city, tied by a narrator recounting what happened go along with a chamber music group will perform musical interludes in all transitions between different scenarios.

Will consider the issues from burning and tragedy, about of the city and its people, will take into consideration the role of women in all the events and provide a vision of a city that knew rise from the ashes like a Ave Phoenix .

The concert will begin on Sunday October 20 at 17.00 hours outside La Bretxa Market of San Sebastian.