Born in 1976 in Pasaia (Gipuzkoa, Spain), he started his musical studies at the Conservatory of Pasaia, Pasaia Musikal, where he obtained a degree as a teacher of piano and singing. He is also graduated in Social Education by UPV (Universidad del País Vasco).

Since 2000, he works as a Music teacher at the Musical School of Pasaia, and also works as an organist at Nuestra Señora del Carmen de Trintxerpe Church(Pasaia) since 1991. 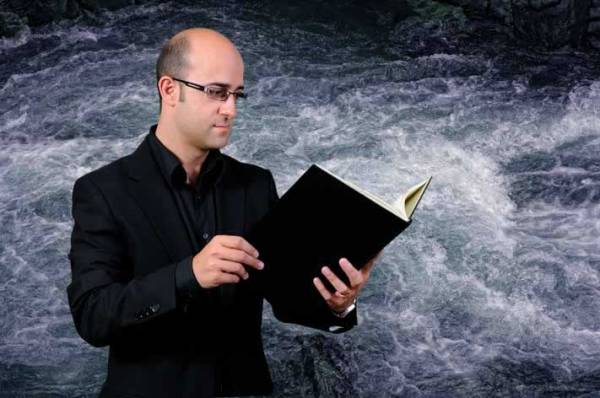 He frequently serves as a clinician for both children and adult choir conducting workshops in Spain and abroad: Indonesia, Lithuania, France, Bulgary, or Colombia. He also acts as adjudicator at National and International choral and composition competitions. He is also Technical Director of the Ourencanto Choral Festival and member of the Technical Committee of the Tolosa International Choral Competition.

Elberdin is worldly renowned for his compositions. He has won several composing awards and his works have been commissioned by prestigious choirs all over the world. He has also set compulsory scores for international choral contests such as the Tolosa International Choral Competition, Taipei International Choral Festival, Europa Cantat Junior, World Choral Simposium Argentina 2011 and Barcelona 2017, Quincena Musical de San Sebastián International Festival, Musikaste, and more.

His music is mainly dedicated to children choirs and has often been performed as musical stories or tales, some of which are symphonic works.

Though his works are mainly choral, Elberdin has also written a large number of symphonic works, pop-rock songs, and instrumental works.

Some of Elberdin’s scores are published by Walton Music, Helbling and CM Musical Editions. His main catalogue can be found at www.elberdin.com